Insights from our team: Unexpected crisis? Embrace the unknown – just ask the NFL 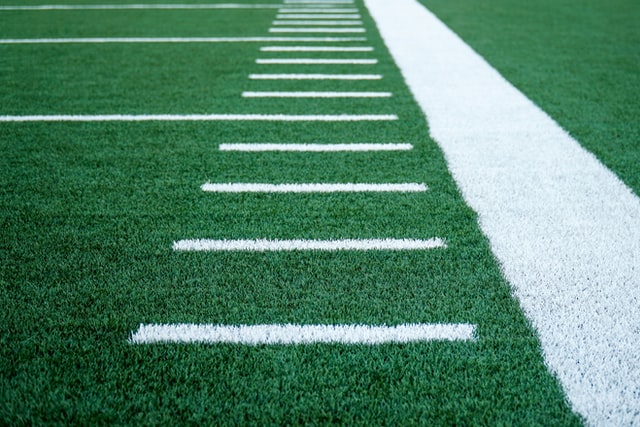 As Super Bowl LVI fast approaches, perhaps there is no better time than now to examine an organization that treated the pandemic seriously and became a – perhaps unexpected – example of how to build a coalition and effectively communicate through a crisis: the NFL.

In March 2020, as the world was essentially shutting down overnight, the NFL was in the midst of finalizing preparations for its annual draft, set to be held in Las Vegas – welcoming the league to Sin City with a floating red carpet on the fountains in front of the Bellagio Hotel.

However, on March 16, the $15 billion behemoth that is the NFL adhered to CDC guidance to cancel in-person events and scrapped the whole event. Instead, the NFL – in lockstep with businesses across the globe – pivoted to an all-virtual draft. In what could have been a somber affair replete with an abundance of “what if’s,” the NFL leaned into the strangeness.

NFL Commissioner Roger Goodell hosted the draft from his own basement in Bronxville, outside of New York. The image of Goodell announcing draft picks while relaxing in his oversized basement chair was a welcome absurdity at a time when hardly anything seemed funny in the state of the world. The first overall pick – Joe Burrow, selected by the Cincinnati Bengals – celebrated in his parents’ living room in southeastern Ohio.

The virtual and at times wacky format of the 2020 draft seemed to foreshadow what would be the weirdest NFL season yet. Through the oddness, though, the league helped a country yearning for some sense of normalcy regain it, if only for a few hours every Sunday in the fall.

In times of uncertainty, lean on the experts

The league committed to player and staff safety from the start. After realizing that the “bubble” environment used by the NBA and NHL would be unrealistic, the league implemented rigorous testing and social distancing policies – trying to find the right balance between continuing a season on time and ensuring safety for all. In the wake of several high profile past mistakes concerning player safety, most notably its mishandling of concussion settlements, the NFL knew they couldn’t stand for another scandal and needed to take the pandemic seriously.

The league conducted daily testing for players, coaches, and team staff across all 32 organizations and even adopted a new measure allowing any player to opt out of the 2020 season if they chose to. Facilities were remodeled to comply with six feet of social distancing and masks became ubiquitous.

Playing in front of mostly empty stadiums and wearing masks whenever not on the field, players had to constantly adapt to the changing health environment during the 2020 season. While maintaining a message that boiled down to “we’ll follow the guidance of top doctors and government agencies,” the NFL was able to complete their season with no cancellations – and they were able to play an NFL game on every day of the week, a first in the 102-year history of the league.

When all was said and done, the enormous cost — over $75 million on testing alone — of staying the course to find workable solution seemed to pay off, with the season culminating with a familiar scene: Tom Brady lifting the Lombardi trophy, albeit with a new team — coincidentally symbolic of the “new normal.”

As the vaccine rollout began to pick up steam in early 2021, the NFL once again had to adjust its COVID approach. The league opted to incentivize players to get vaccinated. Restrictions and enhanced testing were put in place for unvaccinated players – basically trying to make life in the league too difficult to remain unvaxxed.

The pressure largely worked: over 94% of players, coaches, and staff are vaccinated and 100% of NFL staff are vaccinated. And the learnings from the 2020 season actually helped inform national guidelines. Throughout the process, the league was in constant communication with the CDC, the White House Coronavirus Task Force, and state/local authorities to share findings, among them that by and large the league did not see outdoor, on-the-field transmission of COVID-19. Embracing collaboration and proactively sharing findings not only improved the NFL’s protocols, but also benefitted the larger public health situation in a time of national crisis.

The 2021 season saw an even greater return to normalcy: full stadiums, fewer restrictions for vaccinated players, and a season unlike any other. But, when the Omicron variant started to plague the league, the NFL once again took advice from the CDC and adapted its protocols. In a “strategic and targeted program,” the NFL switched to testing unvaccinated players daily while only testing vaccinated players who showed symptoms of COVID. They also refined their return to play timeline if a player tested positive, once again deferring to guidance from the CDC.

Balance your company’s mission with a changing external environment

From the onset of the pandemic, Dr. Allen Sills, Chief Medical Officer for the NFL, was tasked with the difficult question of balancing the game we love with the safety of teams and their fans. His mission has echoed the league’s receptiveness to embracing the constant turns and shifts in protocol and rescheduling that have affected every team the past two years.

Dr. Sills remarked after the 2020 season that, “[the] virus has not crossed the line of scrimmage.” Now, as Joe Burrow and the Bengals are set to take on the Rams in Super Bowl LVI in Los Angeles, the worst appears (hopefully) to be behind us. So, what have we learned from the NFL’s handing of a pandemic?

1.    When an unexpected crisis hits, have the confidence to make a decision quickly – with adjustments coming later on. Far too often in times of crisis, organizations will only make half measures due to hesitancy and uncertainty – an ill-advised approach that will only hurt organizations in the long run. Have confidence in your organization to make a definitive decision, knowing that you’ll have to adjust as more details around the crisis begin to clarify.

2.   In times of uncertainty, lean on the experts. Part of what makes great leaders great is recognizing where they have expertise gaps. Drawing on knowledge from advisors and subject matter experts – and trusting their advice – can help firms weather crises.

3.   Take stock of the situation at important milestones – and be prepared to pivot. It’s one thing to make a decision and stick with it. It’s another to make one and be too stubborn to adjust course if it isn’t working. Develop actionable KPIs while making initial decisions and be honest in evaluations – adjustments are more than likely necessary.

4.   And always balance your company’s mission with a changing external environment. Crises will of course change organizations, either permanently or for the moment; however, throughout them, decisions must be made to ensure that the ethos of your organizations stays intact.

As we come together to watch the big game, let’s remember the innovative approaches we had to adopt in our own work that we learned from the pandemic. And let’s also strive to continue the optimistic, opportunity-focused attitude that enabled us to continue our normal in new ways.