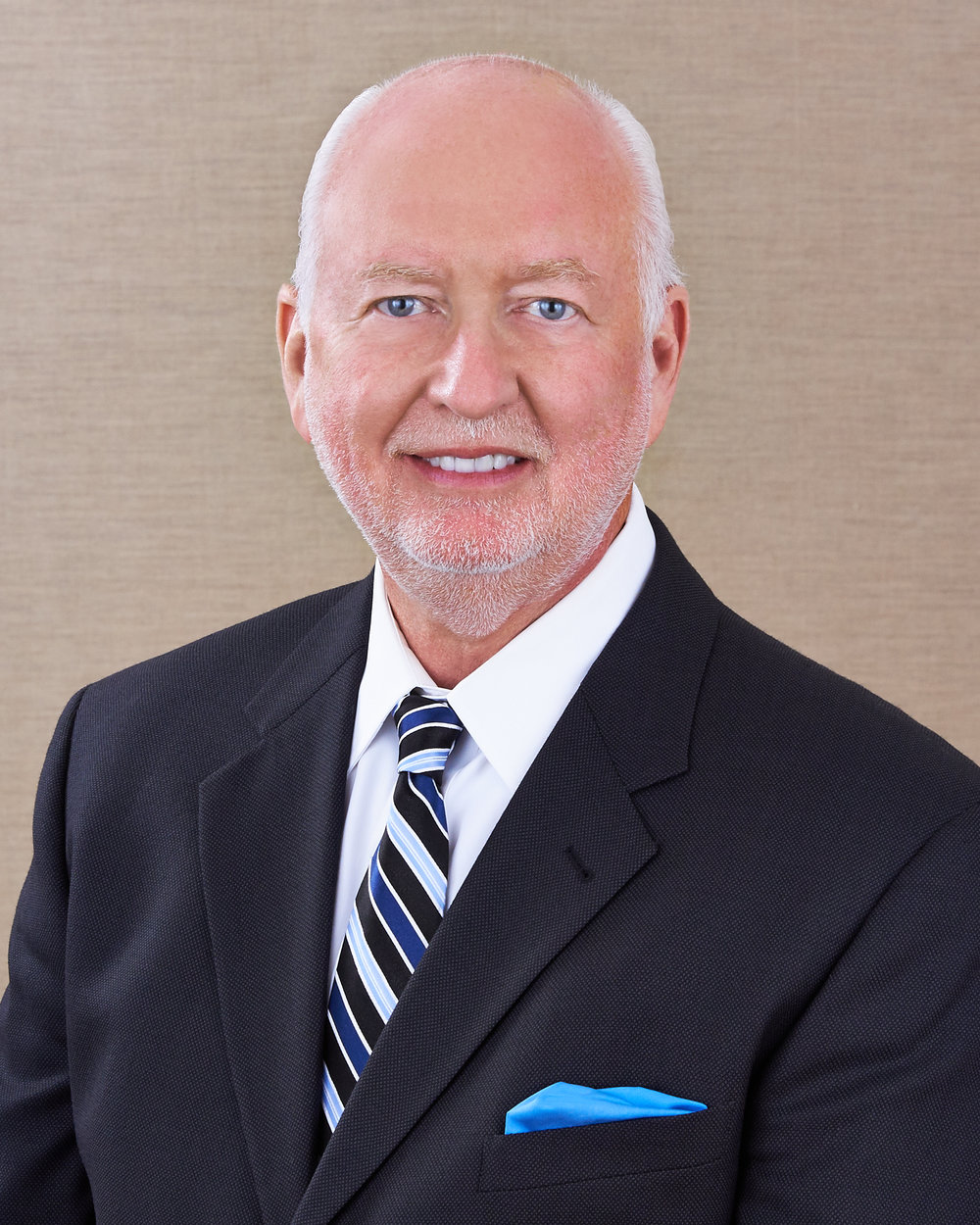 Today we are excited to kick off our new content series – Copperfield in Conversation – which will feature interviews with founders and owners of companies, as well as others with interesting perspectives on business, about the challenges and opportunities their organizations face. Here, we’re sharing the first part of our conversation with 1-800-Flowers.com Founder & Chairman Jim McCann – check back next Tuesday, June 4th for the second half of the Q&A.

What was the impetus for founding your own business?

In the truest sense, it was hunger. I grew up in a working-class neighborhood in Queens, one with a lot of civil servants, policemen, firemen, shopkeepers and people who would put a suit on and go into the city to work in an office.  I always wondered about what it was that those people did.  There were wise guys too, but I knew that was a career path I did not want to pursue.

My dad was a painting contractor, and it was a family business, so small business was familiar to me as I was growing up. My grandfather had owned the business and died very young. This was back before there was any social safety net– there was no social security or anything like that at the time – so my grandmother took over the business. My dad was just out of the navy after World War II, when she told him, “you’re in charge” — he was maybe 19 or 20 years old at the time, and he had two younger brothers. They took that business and grew it over time.

I didn’t do well in college – I got thrown out of at least one, so I decided that I might become a policeman. I enrolled in the police academy – John Jay College of Criminal Justice – which had been founded not long before that.  While waiting for the next police exam to come along, I started working my first few jobs – I worked in retail stores, I worked for my dad, and I started with bartending. A friend of mine worked in a group home for boys – I thought that was fascinating, so I asked him about it all the time. Lo and behold, he got me to work in that home, and I became the live-in counselor there, which was hugely transformational in my life. I was in a very tough neighborhood with ten boys, and I was not quite a year older than the oldest boy in the home. These were kids who came from very tough circumstances.

That experience I had over the next several years of living in and working in that and other group homes really helped me to grow up.  Meanwhile, I got married and started a family very young… I was the assistant administrator at the home for boys, and got promotions… I was 24 years old, but still wasn’t making any money because I worked in non-for-profit social services. So, I went back to bartending, working Friday and Saturday nights in the city on the Upper East Side to supplement my income. One of my customers owned a flower shop across the street and told me that he was going to be selling it. I asked him if I could work there the next Saturday before my evening shift.  When he inquired about why, I told him I might be interested in buying the shop.

On the side, I had been buying buildings – fixing them up, renting them out, selling them when I could – and I had just sold a building in Brooklyn to a $10,000 profit. I asked my customer, Nick, how much he was asking for the flower shop and it just so happened he said $10,000 – it was kismet. So, I bought the flower shop, with not just the idea of being a florist, but also to build a business. After six months I opened my second flower shop in Staten Island, and would open new stores every few months.

At the time, I still had my full-time job at the group home, but eight or so years after that my flower business was overwhelming me and I gave up the security of the regular paycheck I had kept to make sure I could put food on the table and maybe pay the mortgage – and that’s how I got into the flower business.

Throughout your career, how did you know when your business was reaching an inflection point?

Well, for us, I think there have been a couple of different kinds of inflection points. The primary one is the impact technology has had on our business. We call these “waves” that the business has been through – it’s been 40 years and, in that time, there have been five of these waves.

The first wave was retail stores. We opened up a lot of retail stores before I realized there was no economy of scale – I just felt bigger numbers made a bigger business, but I didn’t have a lot of insight into how that would work.

The next wave occurred when we changed the name of the company to 1-800-Flowers, the telephone number, and that number became our primary access modality.  Back then, I didn’t know anything about venture capital or private equity or any of the other financing tools.  So, I started selling stores off to franchisees because I needed the cash to try and grow the brand. Lo and behold, we caught lightning in a bottle and became the first company whose name was our telephone number, and without any money, we became a national brand.

Then along came the internet and we were very early to that too. A theme started to emerge: technology can change things. If a poor guy from South Queens with no business skills and no financing acumen could create a nationwide brand that revolutionized the flower business, then it’s clear that things can change quickly when new technologies come along. We decided to make sure we always had our thumb on the pulse of what’s next.

When my younger brother Chris, joined me in the business, he was the one who had interest in the technology aspect, so he always played around with the new technologies.  We counted over 50 different tech experiments we conducted; 49 of those didn’t work, but this one called the “World Wide Web” stuck. Later, we all called it the internet, and we were early to the internet in the 1990s. We actually had our own online store long before anyone could even find us. Then in 1995, Marc Andreesen introduced the Netscape browser and that changed the world.  Three years later, we went from having no competitors to having 21 separately financed floral and gift competitors, which encouraged us to take in our first outside money by going public in 1999.

Then the recession came along in 2008, and the next two years we went backwards for the first time ever. We remained profitable, but it caused us to re-examine the 18 different developmental projects we were funding. We had to cut back, but we didn’t cut back on our mobile or social efforts, or on our big technology platform building efforts, because we knew we would come out of the downturn someday and we had to be ready because this is where the consumer was going.  That was the fourth wave.

The fifth wave was aided by everything mobile and social, and that’s what we now refer to as the era of conversational commerce. This era is aided by artificial intelligence, augmented reality, 5G, and high-speed access to everything. This is the wave that’s crashing on our beaches now, and frankly, it’s quite exciting.

So, the impetus for change has always been around questions: How do we become more convenient and accessible to our customers? How do we help our customers express and connect to the important people in their lives on all of the important occasions, or even no occasion at all?  That has always been the lens we look through, thinking about whether a certain technology will help us to become more intimate with the customer.

The irony is, when we had that first shop in Manhattan, I would work every night well into the night, including weekends, and we had 40 customers 40 years ago who really made that store work.  We had more customers than that, but those were our 40 regulars and we knew them well. What we are trying to do now is mimic that relationship we had with those 40 customers, only now with 40 million of them, using technology that allows us to try to get to know our customers and serve them better on that kind of a scale.

How important is your company’s reputation to the success of the business?

Reputation is almost everything, even if you’re a tech company. Your reputation in terms of how your customers think about you, how the talent pool thinks about you, what your own team members think about the company – all of those things are part of your brand.

At the barbecue on Saturday, are you proud to tell people what you do, and who your work for? When you’re connecting with friends whom you haven’t seen in a while, are you proud to tell them about some of things you have going on in your company, or about how the company gives back in a special kind of way? I think people who work for Tom’s of Maine, for example, are proud of what they do, from a caring point of view. I think people who work at Warby Parker are proud of the fact that they give away a lot of eyeglasses.

If you’re just competing on how much you compensate people in terms of cash, you’ve already lost. Of course, people want to get paid well and have nice opportunities… but people want to see that their company is at the forefront of new developments [and has a positive culture or reputation].

To that end, would you say that corporate social responsibility is important?

I think that if it’s unnatural, it’s flat, then it just doesn’t work. Even the term corporate social responsibility, because it has become so institutionalized, I think misses the mark a great deal. But if there’s an attitude in the company based on a sub-mission, I think that’s an un-documentable plus that we all know makes a huge difference in how a company performs, the kind of people it’s able to attract and retain, and in terms of reputation or brand.