Copperfield In Conversation: Gina Hadley, Co-Founder And Head Of New Business At The Second Shift 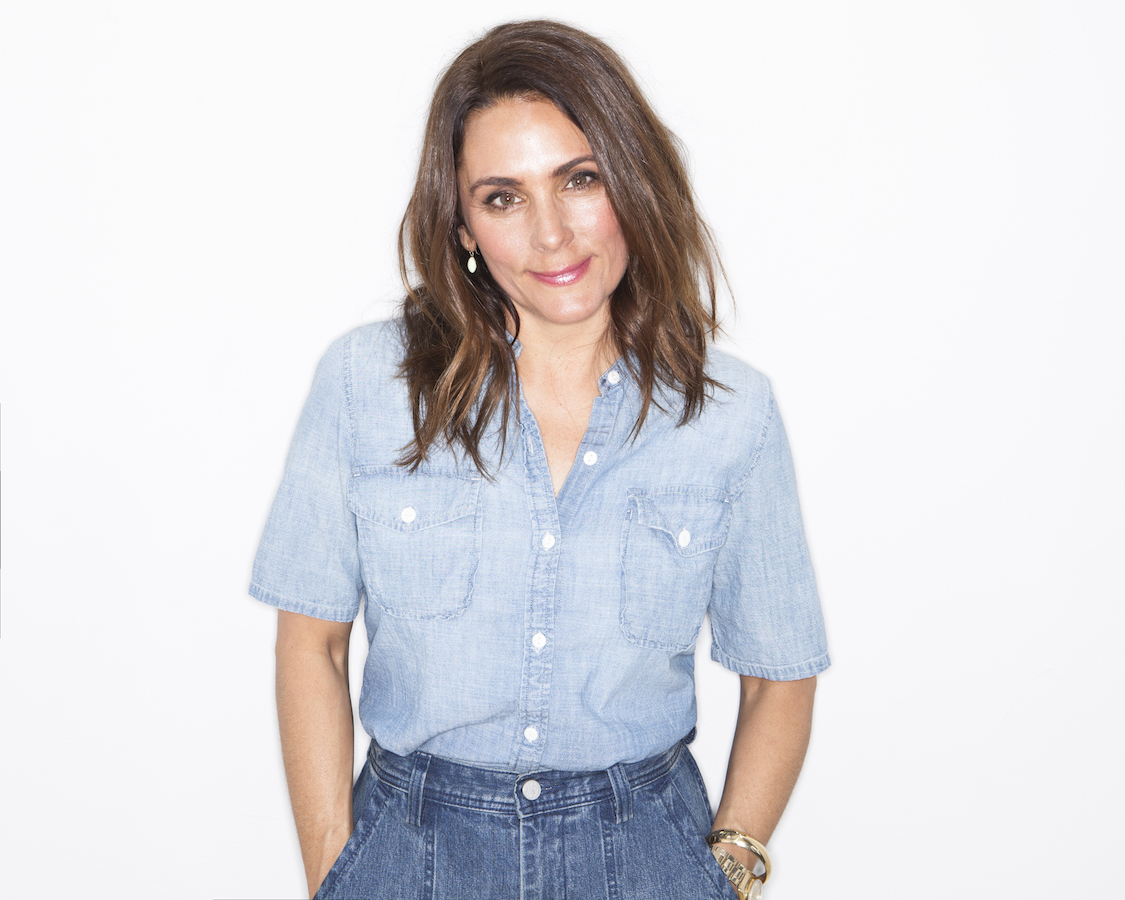 For the second installment of Copperfield in Conversation, we were delighted to speak with Gina Hadley, co-founder and head of new business at The Second Shift, which she and her business partner, Jenny Galluzzo, launched in 2015. The Second Shift is a platform that connects businesses with a network of highly skilled professional women who are available for short-term projects, parental leave fill-ins, full and part-time roles, and other flexible opportunities. By helping its members – who have deep expertise in a range of fields – find career opportunities beyond the traditional 9-to-5 workday, The Second Shift ultimately helps to retain female talent in the workforce.

A serial entrepreneur, Gina previously started her own consulting business and, before that, co-founded Urban Monkeys, an 8,000 square-foot facility for families in Seattle, which offered classes for kids and adults. In this Q&A, Gina offers insights on her experiences as an entrepreneur and her views on specific challenges that women face when starting a business. She also discusses some of the formative experiences that led to the development of her entrepreneurial identity, starting from her time working at the advertising firm Ogilvy & Mather, where she began her career.

How did you and your co-founder, Jenny Galluzzo, come up with the concept for The Second Shift?

When Jenny and I met, we were both at very similar moments in our career trajectories. We had both had jobs in traditional fields: I had worked in advertising and branding and Jenny was a broadcast TV journalist, but we had come to a point where the traditional workplace just wasn't working for us.

I had moved across the country many times with my kids and my husband. Jenny looked around the newsroom and thought, wow, I don't want to be anybody here, because everybody either had forgotten to have kids or never saw their kids. So, we had this epiphany that it couldn't just be the two of us who were in this predicament. The more professional women we spoke to, the more we realized there is an actual crisis – which we have now realized is massive – for this very specific demographic of women. These are women who have spent their entire lives building their careers but get to one moment when they can get pushed off the track, and then it's really hard to start working again.

When 50% of the incoming class in any business are women, but only 6.6% of us are CEOs at Fortune 500 companies, there's obviously something very broken. The Second Shift was born out of the need to solve that problem for ourselves and for our cohort.

Once you had developed the concept, what was the biggest challenge you faced in getting from the initial concept phase to launching the business?

For us specifically, the issue was challenging companies to understand that our service wasn't a re-entry program, or that our members weren’t of a lesser quality. Our members are some of the most qualified consultants that companies can engage with, but they work in a very different structure than organizations had been used to.

When we started the business, I actually had to explain what the gig economy was to clients. There was no terminology around the future of work… This was a conversation that folks weren't having, so it's really satisfying that four years later we don't have to explain that kind of stuff anymore.

In your view, are there certain obstacles that women in particular face when looking to start a business?

I think there are. There is the idea that anything that's built for women is niche, even though we make up 51% of the population and we actually tend to spend all the household dollars…

The structures by which so many of the powers that be determine what has value and what doesn't can be an obstacle. You hear so many stories from female founders who are now celebrated, whether it be the founders of Outdoor Voices or Glossier or Away… they had a really hard time getting anybody to pay attention to them because they were still working within the constructs of the male dominated patriarchy – and I know that sounds a little revolutionary.

I also think that women are a bit more pragmatic… a lot of times we were told that we should have been more ostentatious with our numbers. For Jenny and me, that was just not the way we wanted to build the business. We knew we had big dreams, and that this is a huge addressable market: the number of professional women in the gig economy is outpacing that of men, as a report from researchers as Harvard and Princeton found. But there is the idea that the bravado with which men sell themselves is not something that women typically do, and so we had to figure out where we would be happy sitting in all of that.

How can we, as a society, encourage more women to start their own businesses?

There are also really big problems that women need to solve that are not related to beauty and housewares. So, I think women entrepreneurs should find that piece of the market that is underserved…

We also need to put different success metrics on business. Not everything is going to IPO or make a billion dollars, but that doesn’t mean it’s not successful… We’ve fetishized the IPO, stock prices, and growth so much that I think some of those metrics may be keeping people from starting businesses.

When it all comes down to it, this also relates to the way that we educate boys and girls differently. Everybody needs financial literacy… but for boys, there’s an emphasis on earning, and we teach them that that it’s O.K. to be focused on how much money they make. Sallie Krawcheck is doing a good job addressing this with Ellevest, but women need to be more comfortable talking about money in general and how money is a meter of success.

You’re a serial entrepreneur – what professional or personal experiences prior to founding your first business helped you to form your entrepreneurial identity?

I think that I have had so many varied interests… I got a master’s degree in Shakespearian studies, and I thought I was going to teach. That did not turn out to be my career path, because every day in front of the class, I had stage fright. It was just not for me.

I found myself at a moment when I was asking myself, “What's next?”. Once I gave myself the opportunity to think about this, I decided to go into advertising. At Ogilvy & Mather, I started out as an assistant to the creative head of the agency, but then I also thought about what would be next in my career path after that. So, I lobbied for a position, which I kind of created, called worldwide creative coordinator… Then I also lobbied to run all of the creative conferences in EMEA and LATAM and the U.S., so I was entrepreneurial in my own career that way early on.

That's an important thing about entrepreneurism: it’s not just about starting your own business. Entrepreneurism is also about looking out for what's next.

Since you began at a large company after you graduated, what is your point of view on starting a business right out of college, versus taking time to learn the fundamentals at a more established organization?

I really think it all depends on what your idea is… But there is value in all sorts of experiences – and that can get lost in this fetishization of founding and starting things that we have today. I think you have to ask yourself fundamental questions about why you are doing what you’re doing.

For Jenny and me, when we founded The Second Shift, we had come to a point in our lives where we recognized a problem. I don’t think someone out of college could have started this business, because they fundamentally don’t understand the situation. Until you’re in it, you can appreciate the issues that mid-career women are facing, but it’s hard to understand what those issues are if you haven’t experienced it yourself.

I also loved working at Ogilvy. I had such a good time there and I met so many people – contacts that I still have in my life right now. It was an extraordinary time to be part of that business, so for me it was a great education… It taught me how to be a “grown-up” at work – how to go to a meeting, how to write a proper email… Some of those things seem old-fashioned now.

Founders often talk about the importance of mentors and role models who helped guide their development as entrepreneurs. At Ogilvy, or perhaps at another point in your career or education, were there mentors who impacted your career?

At Ogilvy, there were always folks who looked out for me. I think that I was anxious to learn, and I was never afraid to ask questions... I sought people out, whether it was a copywriter from a creative team who was in her forties and had two kids, or someone else I saw who was really great about articulating the problems that they had. There wasn't one specific mentor at Ogilvy – there were many.

Now, at this point in my career, there are definitely women who have really affected me. One is Peggy Johnson, the director of business development at Microsoft. Her kindness has had a huge effect on me – she's a super important person and she always makes time for me, which is the most flattering thing ever. Then there is the cohort of women I've been able to surround myself with… There are other founders, whether it's Cate Luzio, who started Luminary, where The Second Shift is based, or Jennifer Justice, who founded The Justice Dept…

There are these amazing women who are solving problems, and I find that we are all supporting each other. It's not this mythology that women are mean to each other – that's not what I have found at all, ever, in any of this.

What has surprised you most about your experience as an entrepreneur?

I think it’s been my capability for continually finding a way to move forward. I’ll sometimes get to a point where I think that the well is dry – but then I get more energy from our clients and the women I work with.

That's related to another thing that’s surprised me, which is something that another one of my mentors, Joanne Bradford, said to me once. She worked at Yahoo and Microsoft and raised a family at the same time. At one point, she told me that you could work 24 hours, seven days a week and it’s still not going to kick the can that much farther down the road. If you’re working all the time, you’re just going to make everyone around you miserable. That was surprising to me, because it’s often not what we hear. We’re used to hearing lines like “work fast and break things” – but that mindset doesn’t work all the time.

So, I’ve found it’s important for me to take a step back and take a moment to figure out what I need to do in order to rev up again the next day. We’re all going to be sprinting at some point, but your whole life can’t be a sprint. Realizing that, for me, was really surprising.